Poplars “designed for deconstruction” a major boon to biofuels 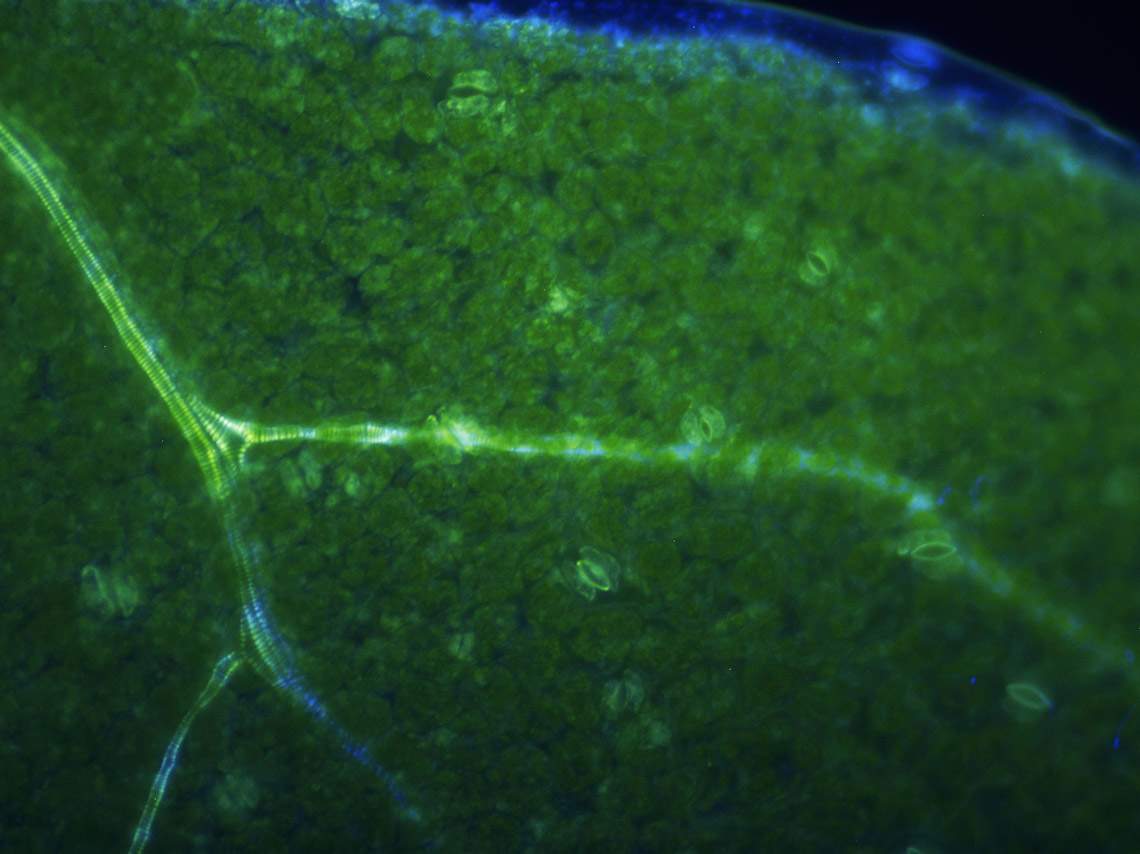 What began twenty years ago as an innovation to improve paper industry processes and dairy forage digestibility may now open the door to a much more energy- and cost-efficient way to convert biomass into fuel.

Michigan State University associate professor and Great Lakes Bioenergy Research Center (GLBRC) scientist, Curtis Wilkerson, describes his and University of Wisconsin-Madison colleagues’ paper, appearing in the April 4 issue of Science, as “a rare, top-down approach to engineering plants – in this case poplars – for digestibility.” Poplars, a fast-growing crop widely planted throughout the United States and Canada, are particularly valuable to the bioenergy, bio-products, and fiber industries.

“By designing poplars for deconstruction,” Wilkerson says, “we can improve the degradability of a very useful biomass product. Poplars are dense, easy to store, and they flourish on marginal lands not suitable for food crops, making them a non-competing and sustainable source of biofuel.”

The idea to engineer biomass for easier degradation first took shape in the lab of University of Wisconsin-Madison professor and GLBRC Plants Leader John Ralph, who was then working at the U.S. Dairy Forage Research Center. In the mid-1990s, Ralph’s group was looking for ways to reduce energy usage in the paper pulping process by more efficiently removing lignin – the polymer that gives plant cell walls their sturdiness – from trees. The group surmised that if they could introduce weak bonds into lignin, they could simply “unzip” this hardy material, making it much easier for chemical processes to break it down.

Ralph’s approach had clear benefits for the biofuels industry as well, where difficulty in removing and processing lignin remains a major obstacle to accessing the valuable sugars contained within biomass, adding energy and cost to the production of biofuels. Seeing an opportunity to carry out Ralph’s concept in poplar, GLBRC researchers pooled their expertise to successfully engineer poplars highly amenable to degradation and, by extension, to industrial processing.

To produce the poplars, Wilkerson first identified and isolated a gene capable of making monomers with bonds that are easier to break apart. Next, University of British Columbia professor Shawn Mansfield successfully put that gene into the poplar. The group then determined that the plants not only created the monomers but also incorporated them into the lignin polymer, thereby introducing the weak links into the lignin backbone and transforming the poplars’ natural lignin into a more easily degradable version.

“We can now move beyond tinkering with the known genes in the lignin pathway to using exotic genes to alter the lignin polymer in predesigned but plant-compatible ways, essentially ‘designing lignin for (chemical) deconstruction,” Ralph says. “This approach should pave the way to generating more valuable biomass that can be processed in a more energy efficient manner for biofuels and paper products.”

The research is noteworthy for being the direct result of a collaboration funded by the Great Lakes Bioenergy Research Center, one of three U.S. Department of Energy-funded Bioenergy Research Centers created to make transformational breakthroughs in new cellulosic biofuels technology. Realizing the collaborative project called for a wide array of expertise, from finding the gene (Wilkerson) and introducing it into the plants (Mansfield), to proving, via newly designed analyses, that the plant was utilizing the new monomers in making its lignin (Fachuang Lu, Ralph).

“I guarantee that John [Ralph] and I would never have met without the GLBRC,” Wilkerson adds. “When I first met John at a group retreat, I knew very little about lignin. But I ended up sharing some techniques I’d been using for totally different projects that I thought might be useful for his ‘zip-lignin’ research. The collaboration really grew from there.”

This technology is also available for licensing.

“We’re excited about commercializing this breakthrough technology that will more efficiently allow biofuels and other products to be produced from poplars,” says Leigh Cagan, the chief technology commercialization officer at Wisconsin Alumni Research Foundation (WARF). For more information, contact licensing@warf.org.