Perennial biofuel crops use water at levels similar to corn 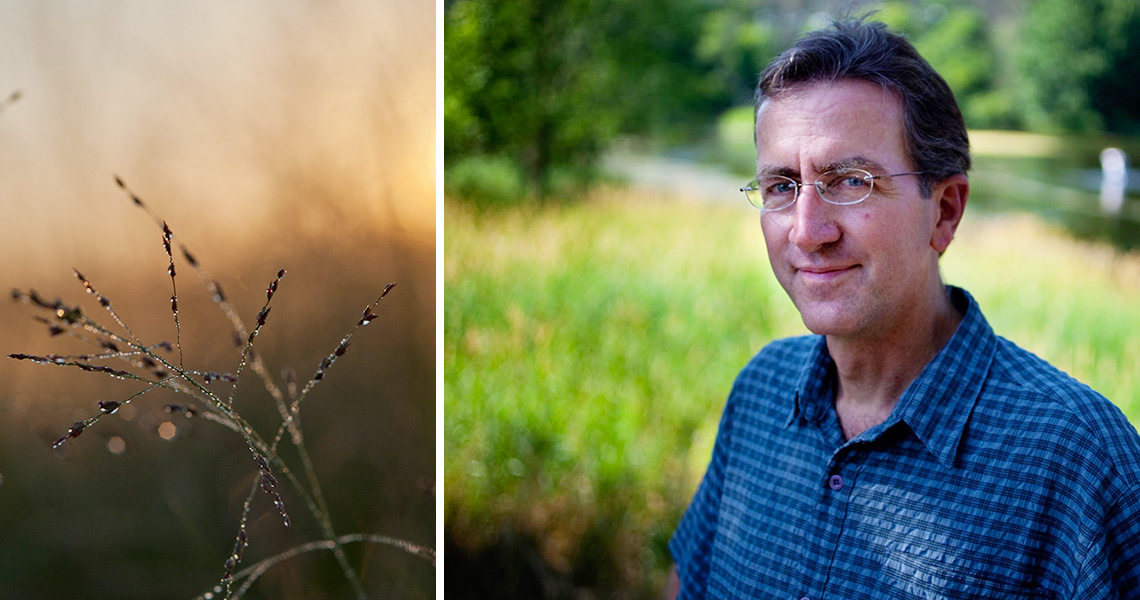 The prospect of converting large tracts of the Midwest’s marginal farming land to perennial biofuel crops carries with it some key unknowns, including how such a change could affect the balance of water between rainfall inputs, evaporation losses, and movement of soil water to the groundwater. In humid climates such as the U.S. Midwest, evaporation returns more than half of the annual precipitation to the atmosphere, with the remainder available to recharge groundwater and maintain stream flow and lake levels.

To begin addressing that unknown, a recent study from the Great Lakes Bioenergy Research Center (GLBRC) looks at how efficiently “second generation” biofuel crops—perennial, non-food crops such as switchgrass or native grasses—use rainwater and how these crops affect overall water balance.

The study, led by GLBRC scientist and Michigan State University professor of ecosystem ecology Stephen Hamilton, is the first multi-year effort to compare the water use of conventional corn crops to the perennial cropping systems of switchgrass, miscanthus, native grasses, restored prairies, and hybrid poplar trees.

“When we established the different cropping systems in 2008,” Hamilton says, “we installed soil-water sensors at various depths through the root zone. We’ve been continuously monitoring the soil water content ever since.”

Hamilton uses the soil-water sensors to measure the rate of evapotranspiration occurring within each cropping system. Evapotranspiration refers to the sum total of water lost while the plant is growing, either from evaporation through the plant stem itself (a process called “transpiration”), or from water evaporated off of the plant’s leaves or the ground. By measuring the amount of precipitation that has fallen against actual soil water content, it’s possible to quantify the water lost to evapotranspiration while each crop is growing.

In a finding that contrasts sharply with earlier modeling studies that found particularly high perennial water use in areas with high water tables, the group reports that the perennial system’s evapotranspiration did not differ greatly from corn. Hamilton’s study, however, took place in Michigan’s temperate humid climate and on the kind of well-drained soil characteristic of marginal farming land.

“The message here,” Hamilton says, “is that in many settings, perennials may not use more water. For well drained soils in the upper Midwest at least, and probably for eastern North America in general, these results most likely apply, and water balance would not be adversely affected.”

Hamilton and his team also measured the water use efficiency (WUE) of each crop, calculating which plants grew the most biomass with the least amount of evapotranspiration. Miscanthus had the highest WUE, then corn, followed by poplar, native grasses, and prairie.

“The choice of biofuel cropping system is of course very important,” Hamilton says. “If your main goal is to maximize biomass production under water limited conditions, you’re going to look for the crop with the highest water use efficiency.”

Though the study has clear implications for cellulosic, or second-generation, biofuel production in the Midwest, Hamilton says it touches more broadly on some of the expected effects of climate change as well.

“Our observation that plants use roughly the same amount of water regardless of water availability suggests that a warmer or longer growing season may have a relatively small effect on evapotranspiration and thus could affect landscape water balances less than we previously thought,” Hamilton says. “Other changes in climate-driven aspects of the water cycle, such as intense rain events, less snow, or shorter periods of ice cover on lakes, may have a much larger effect on groundwater, stream flow, and lake levels.”