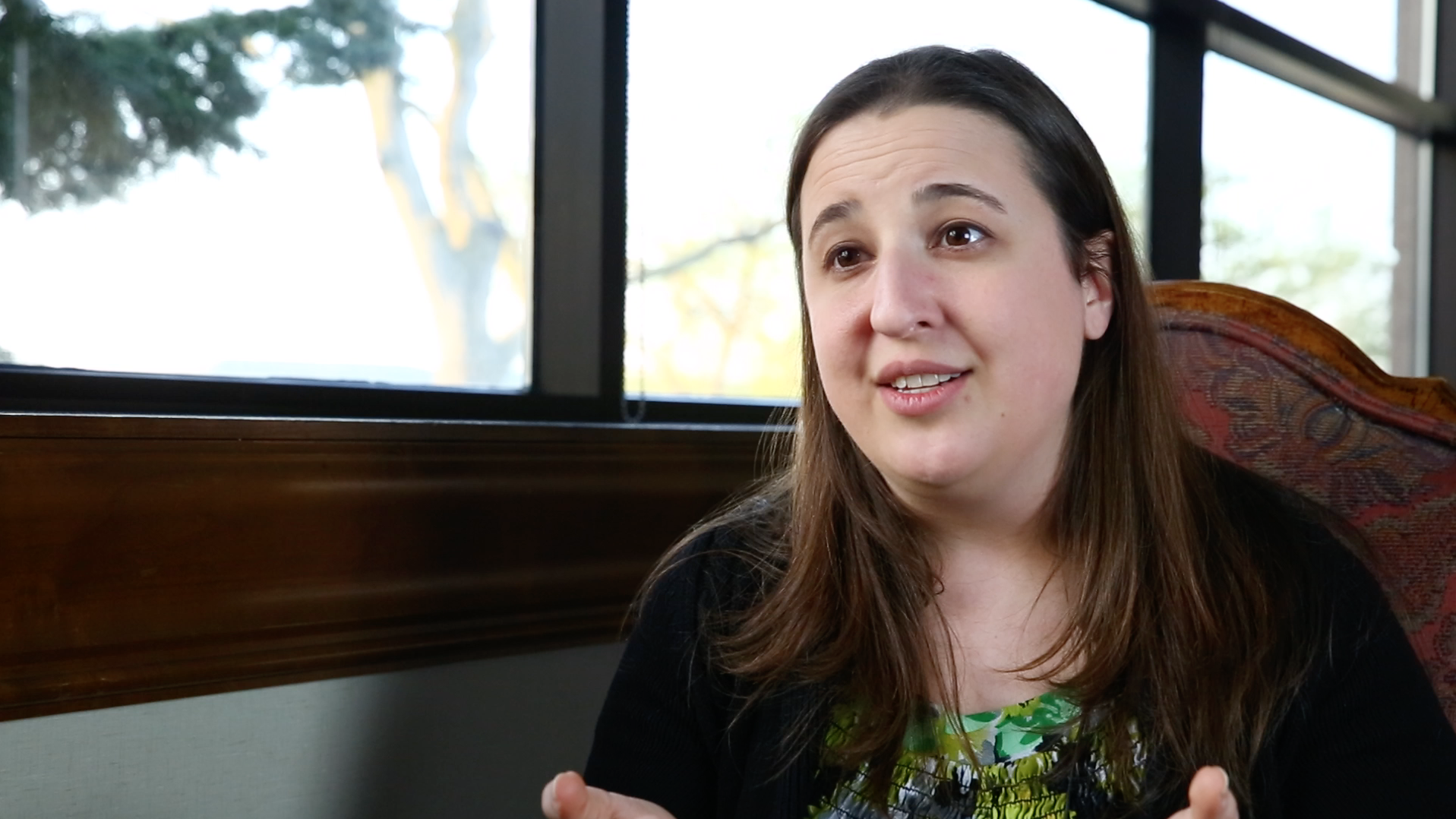 GLBRC researcher Becky Ong describes what made her choose a career in lignocellulosic bioenergy and how her work in understanding plant/soil microbial communities could improve the process of making fuels and chemicals from plants.
James Runde
Krista Eastman

Growing up, Rebecca Ong was one of the youngest garden club enthusiasts in northern Michigan, a science-loving kid who accompanied her grandparents to club events like “growing great gardens” or “tulip time.” When she wasn’t tending the family garden, she was mucking about in nature, learning from parents who had both trained as foresters.

“My parents really instilled in me the importance of conservation,” says Ong, an assistant professor of chemical engineering at Michigan Technological University and researcher at the Great Lakes Bioenergy Research Center (GLBRC). “From an early age, I had this idea of sustainability and the importance of finding sustainable sources of energy.”

In fact, Ong grew up with all of the interests you might expect of someone who now spends her days researching how to bring sustainable biofuels to fruition. But first she had to discover how to bring all those interests together.

“I was interested in engineering,” says Ong. “I didn’t know what it was or know any engineers, I was from the middle of nowhere, but I talked to someone at Michigan Tech where I did my undergrad and they told me it was basically problem-solving.”

It was the first time I actually saw someone relate chemical engineering with plant biology. I decided that this is what I want to do, this is what interests me, this is the way I can marry two things I really love in a way that could actually make a big difference in the world.

She majored in chemical engineering but tacked on a degree in plant biology. “I had no plan to integrate them at all,” she says, “I was just interested in plants.” All of that changed, however, when Ong attended a lecture by Michigan State University professor Bruce Dale on the research behind converting biomass to biofuel.

“It was the first time I actually saw someone relate chemical engineering with plant biology,” says Ong. “I decided that this is what I want to do, this is what interests me, this is the way I can marry two things I really love in a way that could actually make a big difference in the world.”

After graduating, Ong joined Dale’s lab at MSU as a graduate student. It was 2006, just one year before the U.S. Department of Energy launched the Bioenergy Research Center program and Dale joined the newly created GLBRC.

In an era of renewed interest in bioenergy, GLBRC researchers began a collaborative and cross-disciplinary study of cellulosic biofuels – biofuels made from grasses, wood, or the non-food portion of plants – exploring whether these fuels could be produced economically and sustainably. For her Ph.D., Ong assessed how different plant characteristics impact the efficiency and outcomes of biomass conversion to fuel.

After completing her Ph.D. in 2011, Ong took a research staff, and later a research faculty, position with GLBRC, stepping out of the lab to do data analyses, write papers, and provide lab management services. But by 2015, Ong was ready to re-enter the lab. “It was frustrating to me to have all of these research questions that I could see, that were open questions from projects we were working on, and to not be able to try and answer them,” says Ong.

Increasingly, those questions focused on what dedicated bioenergy crops such as switchgrass experience in the field, and how all of those experiences might influence the downstream process of converting plants to biofuels. Researchers had been unsuccessful, for example, in fermenting switchgrass to fuel that had grown in severe drought conditions.

In 2016, Ong accepted a faculty position at Michigan Tech, where her research now aims to develop a comprehensive understanding of the biomass conversion process, including a better understanding of how “upstream” factors such as weather patterns, planting decisions, or microorganisms in the soil influence the characteristics of dedicated energy crops, as well as how these characteristics might affect the microbes charged with converting biomass to fuel.

A leader within GLBRC, Ong’s efforts will play a critical role in optimizing the field-to-fuel pipeline. Researchers are focused on an integrated improvement of every step of the cellulosic biofuel process, which they hope will both drive down the cost of advanced biofuels and ensure their sustainability.

“There are still a lot of unknowns,” says Ong. “How do we maintain the system in the long-term, as the temperature continues to increase and we have more drought? Can we figure out in advance how to alleviate that, either through changing some part of the process or by changing the plant material itself? And we also need to look at the influence of growing bioenergy crops on non-agricultural land. What stressors will that add and what can we do to mitigate their negative effects down the line?”

The task is daunting but Ong says she is ideally positioned to do the job. “I think the GLBRC is one of the best places to do this kind of work because we have people who span the whole range of bioenergy production,” says Ong. “The fact that we have everyone all contained in this group just massively facilitates the work.”