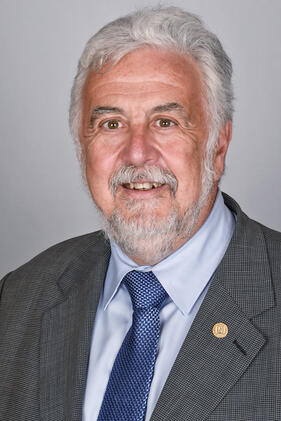 Tim Donohue is an internationally-recognized expert on bio-and genome-based conversion of renewable resources into valuable products. He is a Past President and current Secretary of the American Society for Microbiology. Donohue is an honorary fellow of the American Association for the Advancement of Science and the American Academy of Microbiology, has served on numerous federal and international advisory panels, and has led large federally-funded cross-disciplinary graduate training programs. Since 2007, Donohue has served as principal investigator and director of the Great Lakes Bioenergy Research Center, a renewable fuels and chemicals research center that has trained some 1000 scientists and engineers, made advances contained in over 240 patent applications and 110 licensed technologies, and provided the scientific knowledge that has formed the basis of five start-up companies.