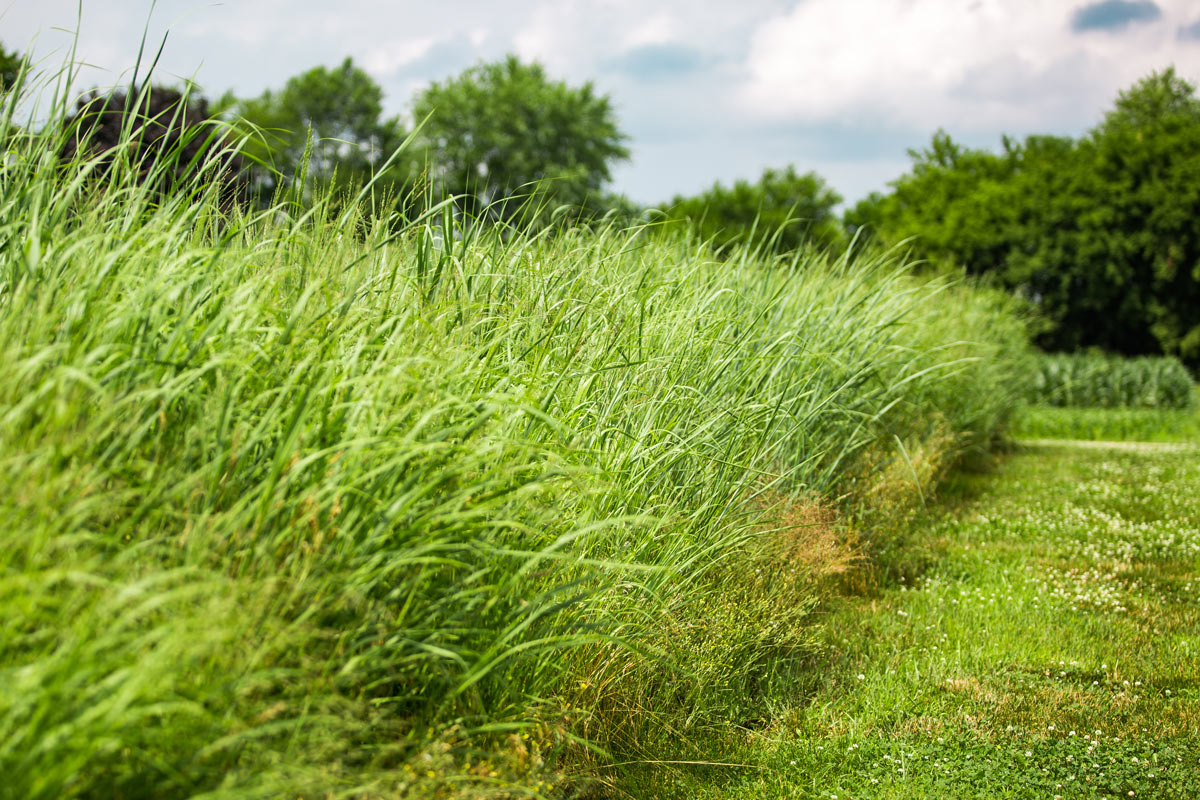 Stems, leaves, flowers, and fruits make up the biggest chunk of potential living space for microbes in the environment, but ecologists still don’t know a lot about how the microorganisms that reside there establish and maintain themselves over the course of a growing season.

In a new study, Great Lakes Bioenergy Research Center (GLBRC) scientists at Michigan State University (MSU) have focused on understanding more about the plant regions above the soil where these microbes can live, called the phyllosphere. Ashley Shade, MSU assistant professor of microbiology and molecular genetics, and her lab classified core members of this community in two bioenergy cropping systems, switchgrass and miscanthus. In so doing, the group made important distinctions about how these communities assemble – and how they’re connected to microbes in the soil.

Microorganisms that dwell in the phyllosphere are thought to play a role in their host’s growth and health. And, like their subterranean kin, the topside microbiome affects how much phosphorus, nitrogen, and other nutrients bioenergy crops can keep out of our waterways and atmosphere.

Shade says the first step in determining how to maximize production of these bioenergy crops is figuring out which taxa, or kinds of organisms, are long-term residents and which might just be passing through.

Pillars of the community

Shade and her colleagues wanted to ask two questions: does the phyllosphere microbiome change across seasons; and, if so, what role does the soil play in the yearly dance between plants and microbes? To find out, they tapped miscanthus and switchgrass fields at MSU’s Kellogg Biological Station in Hickory Corners, established in 2008 as part of a GLBRC biofuel cropping system experiment.

Shade’s lab members sampled microbial communities from bioenergy crop leaves every three weeks for one full growing season for miscanthus and two for switchgrass. They defined core microbes as those that consistently could be detected on leaves at the same time points across their fields, and that persistently over sampling periods.

“If we found a microbe in one field, but not another, it couldn’t be called a core member at that specific interval,” she says. “We also expect these communities to change with the seasons, so we want to make sure we capture as many of those important taxa as possible.”

It turns out that many core microbes on bioenergy plant leaves originate in the soil, and are fairly consistent across seasons. This means the phyllosphere microbiome can be targeted for cultivation, just like the crops on which they grow.

The team identified hundreds of leaf microbiome members and compared them to thousands that live in the soil with a deep sequencing technique provided by the Joint Genome Institute (JGI), a Department of Energy Office of Science user facility. “Because of our relationship to JGI, we were able to get some really good coverage of the diversity in our soil communities, something we couldn’t have done on our own,” says Shade.

Some microbes found at consistent but low levels in the soil turned out to be core members of leaf communities. “This suggests that the leaf environment is a specific habitat where certain organisms fit,” says Shade. “The fact that we find them in the soil means the ground is a possible reservoir for these taxa.”

To evaluate the idea further, Shade and her team set up a statistical model to mimic results as if microbes were randomly distributed between a plant’s leaves and the nearby soil, then compared the output to their real-life observations.

The models showed that, indeed, the microbial community on miscanthus and switchgrass leaves aren’t distributed by chance.

“They’re not just randomly blowing onto leaves and sticking, so something in the environment is selecting for these taxa above the soil,” says Shade. “Because the patterns on the ground are different than the ones we see on the leaves, there’s reason to believe many of these core leaf members are there on purpose.”

Whittling down the taxa

The next step will be to home in on which of the core microbiome members have important functions for the plant. “Now that we have a whole bunch of community data from the microbiome that includes thousands of taxa,” says Shade, “we can understand which of these core members are just hanging out on the plant, and which ones have an impact on growth and health.”

“If we can understand how that microbial community is changing its interactions with its host over a season, we might be able to leverage that to benefit the plant,” she adds.